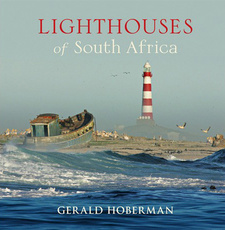 It was at Green Point that light keeping was first taught to South Africans. Succeeding generations of light keepers have carried the torch of tradition associated with the light keeping services so successfully that South Africa today has an amenity for seafaring men of which it can righfully be very proud. GA Dalton, former Chief Electrical Engineer. Herrman Schütte, the designer and builder of South Africa's first lighthouse at Green Point, Cape Town, was born in Bremen, Germany in 1761. He emigrated to the Cape in 1789 and settled in Cape Town, where he worked initially as a stone dresser and later as an architect. By 1820, with the Cape under British rule, he became an inspector of government buildings. He was also associated with the building of the historic Groote Kerk (Big Church) in Adderley Street, Cape Town. Sir Rufane Shane Donkin, acting governor of the Cape in 1820/21, during Lord Charles Somerset's absence, initiated the lighthouse project somewhat unilaterally. It would appear that building of the lighthouse began in September 1821, without the British government's authorisation. Donkin's departure from the Cape and Somerset's return to find an unsanctioned project underway may have caused some impetus to be lost on the part of the builders. Alterations to the lighthouse under construction, to incorporate keepers' quarters within the tower, and severe winter storms in 1822, which inflicted extensive damage to the unfinished structure (parts of which required rebuilding), led to considerable delays. Lord Charles, faced with accounts for storm damage from Schutte and having no record of British approval for the lighthouse project, wrote to the Colonial Secretary, Earl Bathurst, for sanction to continue with the endeavour. He also pointed out that he did not have the plans in his possession, as Donkin had taken them when he left. Lord Charles's letter was forwarded to the Admiralty, which, in turn, sent it for comment to Captain Jaheel Brenton, former superintendent at Simon's Town, who felt that the lighthouse would not be of much benefit to the Royal Navy but would immensely assist the merchant navy, which had lost very many vessels in Table Bay. Permission was granted, subject to agreement with Brenton's sentiments by other seafaring men at the Cape, and Schütte was able to complete construction by 1823. The lanterns were supplied by Lepante of Paris; John Fell of Cape Town supplied the lamps. The lighthouse at Green Point commenced operation on Monday evening, 12 April 1824. The records regarding the first keepers and contractors are vague, but reports suggest poor maintenance and neglect. Major refurbishment and the employment of an assistant lighthouse keeper became necessary, but Britain was reluctant to pay for lighthouse construction and maintenance in her colonies, an ongoing bone of contention with lighthouse establishments at the Cape and elsewhere in the empire. The British government felt that dues should be levied by the colonies and that day-to-day management should be the responsibility of the colonial government. It took some doing to loosen their tightly knotted purse strings. Nevertheless, Green Point lighthouse was regarded as being of sufficient strategic importance to Britain for four morgen 382 square roods of land next to the lighthouse to be transferred to the London War Office in 1884. Only through complex negotiations did part of the land revert back to the Cape Town Council in 1899, allowing the lighthouse's quarters to be extended. (...)

This is an excerpt from the book: Lighthouses of South Africa, by Gerald Hoberman.