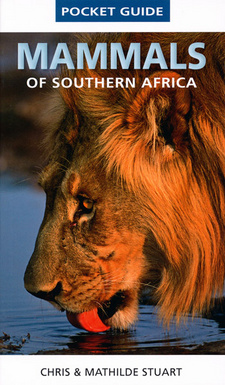 Southern Africa has more than 350 mammal species, a great diversity of habitats and a wealth of natural beauty. It encompasses both the oldest desert in the world, the Namib, and the well-watered Okavango River Delta, the largest inland delta on Earth. Two great oceans lap the region's shores, the Atlantic to the west and the Indian to the south and east. The region has majestic mountain ranges such as the Drakensberg and Soutpansberg, significant rivers that include the Limpopo, Zambezi, Cunene and Orange (Gariep), and the vast, arid lands of the Kalahari, Namaqualand and the Great Karoo. Politically, southern Africa consists of South Africa, Namibia, Botswana, Zimbabwe, Mozambique, Swaziland and Lesotho. However, wildlife has been greatly depleted in Swaziland, and little remains in Lesotho. The vegetation map (page 6) has been greatly simplified but does indicate seven of the most important vegetation zones across the region. Botswana and Namibia have relatively low human populations and extensive tracts of largely unspoilt habitat still remain. Recent warfare in Mozambique, and civil unrest and instability in Zimbabwe have resulted in considerable reductions in game mammal numbers. However, recently improved levels of protection in Mozambique have increased the populations of antelope and other game species in the country.

The subcontinent has a fairly extensive network of national parks, game reserves and private wildlife ranches with a great diversity of habitats and species. In general, the countries of southern Africa have a good record in the field of conservation, but some parts have seen a decline in motivation and finances, and a shortage of adequately trained staff. This book focuses on the larger, more visible species, but also includes a few of the more unusual species, such as the pangolin, aardvark and porcupine, as well as representatives of the different families and genera of bats, shrews, sengis and smaller rodents. Although not frequently seen, they are nevertheless as interesting and diverse as the larger species, and if you are lucky, you may catch a glimpse of some of these denizens of the skies and undergrowth.

How to use the Mammals of Southern Africa Pocket Guide:

Information is compiled with a view to easy identification of the larger and more conspicuous mammals of southern Africa, as well as a few of the less frequently seen, yet distinctive, species.

Name: The common English and scientific names are given, as well as those in Afrikaans, German and French.
Identification pointers: Provides a summary of the animal's most distinctive features.
Similar: Provides names of similar species, or those in the region with which the species is confused, and highlights distinguishing characters.
Habitat: Describes the terrain in which the animal lives; an important aid in identifying a mammal, especially in conjunction with the map.
Behaviour, Food and Reproduction: These are added for interest, but also aid identification. If a species is known to be solitary and you think you have seen it in a herd, read through the text describing behaviour in order to establish an alternative identity.
Longevity: Information on how long the species is known to live.
Calls: The most frequently heard calls are given.
Occurrence: The major parks and reserves in which a species occurs, its conservation status and numbers, if known.
Measurements: Those of male and female are given separately where they differ significantly. Measurements and weights give either known range, or averages, but there may be considerable variations. Also includes silhouette drawings of the species, with that of a human figure, arm or hand for comparison of scale. For so-called 'trophy' species, we have given the Rowland Ward records for southern Africa, but for some we have given those for East Africa and Africa as a whole, where more comprehensive records are available. Larger specimens may be known from beyond the region and these records change on a fairly regular basis.
Tracks: Drawings of typical tracks (where available) add interest and serve as tools for species identification, as do the dung images in the back of the book. Light grey areas on the tracks show only on soft ground.
Maps: Illustrate range across which the species occurs (red), and the historical distribution (pale tint); marine mammal concentrations are shown in dark blue.

This is an extract from the guide: Mammals of Southern Africa Pocket Guide, by Chris Stuart and Tilde Stuart.