The Hopeless Hopes, by Salom Shilongo 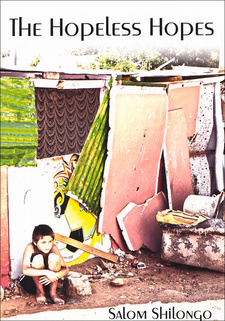 The Hopeless Hopes, a fictional yet realistic story narrated by Salom Shilongo. Struggle, poverty and scattered hopes and dreams before and after Namibia's independence.

The sun had not yet risen, but the village of Okalongo was full of life. In this peaceful village the sound of pestles could be heard from all directions as girls and women pounded grain to make flour for their traditional strong, brownish porridge. The sound of an axe could be heard swishing through the peaceful atmosphere before fading away on the morning breeze. A tall, thin old man emerged from a mud hut. His long grey beard hid his mouth. He was Mukongo, the village headman. Mukongo greeted Kahamba, his first wife. She was the second most powerful person in the homestead. It was she who oversaw the younger women and delegated their daily responsibilities. Afterwards Mukongo greeted his other three wives, who were busy pounding grain, before walking out of the homestead, his black cane acting as a third leg. He went along a tree lined path and stopped in front of a thick Omudime bush. He cut off a small branch which he crushed until it was soft enough to brush his teeth with. Mukongo spat thick saliva as he walked towards Naita's homestead, which was two miles away. Her husband had been abducted by soldiers many years before and she now lived alone with her children. Robert, at fifteen, was her eldest son. Kapenda was three years younger. Dressed in worn-out old blue overalls with sandals made of cow hides, Mukongo sat on a wooden bench. By dressing like a poor man, the people felt that he was one of them and approached him easily. Naita saw him and walked barefoot through the cold soil to sit on the leaf mat in front of him. Her dress was white, tied with a string around her waist and her headdress was yellow. A long necklace made of ostrich egg shells hung around her neck. She stretched her legs out in front of her and rested her hands on her thighs. Her face showed no signs of hope or happiness, and by nature she spoke very little. After her husband's disappearance, his brothers and uncles came and took all his possessions that they could find. They claimed that they were taking everything for safekeeping, but Naita knew this was not true. In their brutal culture it was normal for a man's possessions to be inherited by the males in his family so that nothing was left for his wife and children. Afterwards they would be treated like strangers. Ever since her husband's disappearance, Naita's life had been filled with increasing hardship. She had no money and feeding her children was a constant challenge. Mukongo greeted Naita and said, 'The best gift is not to make a man happy, but to teach him how to discover happiness within himself. I am here to help you find this happiness.' Naita watched him with silent eyes and waited for him to continue. 'Naita my daughter, he who has children is rich'. Although they were not related, he referred to her as his daughter because of his position among the village, and because of her age. Naita gazed over at the mud hut where her two oldest sons lay like little lambs stranded in the wilderness and their father, their protector, was nowhere to be found. 'Yes, children are wealth when they are working,' she agreed. After a brief pause she looked at Mukongo and added, 'but are poverty when they are not.' [...]

This is an excerpt from The Hopeless Hopes, by Salom Shilongo.

The Hopeless Hopes is a fictional story of one man's struggle to take care of his family before and after Namibia's independence.