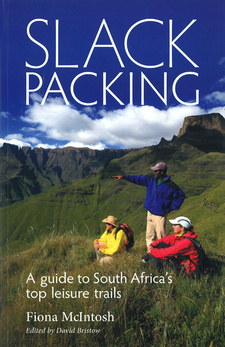 This guided, fully catered hike along the west coast luxury trail leads along the coast of a newly proclaimed National Park, an extension of the Namaqualand National Park, between Spoegrivier and Groenrivier. While the big draw-card of Namaqualand is obviously the spectacular wild flowers that explode into a kaleidoscope of colour from August through until late October, the wilderness trail has many other highlights, including magnificent coastal scenery, sightings of whales and dolphins, exquisite rock pools full of colourful marine life, extremely comfortable, mobile overnigth camps and wonderful food. This trail in the Northern Cape is a wonderful way to see what is otherwise an extremely inhospitable, remote section of South Africa. The sand roads are accessible only by 4x4 vehicles, there is no water along the coast, no cellphone reception, no development or facilities of any kind. The Silver Sands Trail has opened up this exquisite area to hikers seeking a luxurious journey down the pristine coastline of the country's premier Namaqualand flower-viewing area.

We met the rest of our group and our hosts Anzanne and Ernst at Diemerskraal, at Ernsts family's guest farm, in the Wellington wine region some 70 km northeast of Cape Town. After a hearty brunch and a briefing, we hopped aboard the 20-seater Samil that was to take us up the coast to the start of the trail. It was a 400 km drive that took most of the day but we sat back and relaxed, slept and watched an introductory video on the trail so the time past quickly - it was a relief not to be driving! We passed Bitterfontein, famous for an extremely rare green form of marble found nowhere else in the world. The town's name originates from a nearby spring that supplies the town's drinking water, but only after it has been desalinated! At Garies, our next brief stop, Anzanne quickly filled us in on one of the town's main attractions. 'Letterklip', the huge granite boulder koppie at the back of the town, bears the names of early travellers who, it is claimed, used it as a post office. Also, during the Anglo-Boer War British forces garrisoned in the local blockhouse also apparently inscribed their names and dates into the granite rocks. After a brief stop at Hondeklipbaai, where we clambered up the famous 'dog stone' after which the bay takes it's name, we visited Spitfire Rock, and watched with awe as the surf crashed over the dramatic rock formation, before continuing south to explore the wreckage of the Aristea, a World War II minesweeper. From there it was only a short drive to the trail head at Spoegrivier. Anzanne pointed out the obvious sheep's skull formation and we wandered around the caves and overhangs admiring the rock formations and the history of the place -an old Khoisan dwelling that is believed to have been utilised some 2 000 years ago. Our first camp was only a couple of kilometres along a sandy road, but we were glad of the exercise after the long drive. A swim off the sandy bay of Spoegrivier looked enticing but we were warned that the water of the Atlantic Ocean was icy, so we headed to the rocks with a beer to enjoy the sunset. [...]

This is an extract from the guide: Slackpacking. A guide to South Africa's top leisure trails, by Fiona McIntosh and David Bistrow.

Mild to Wild: Adventures and Activities in Southern Africa (MapStudio)

MapStudio's Road Tripping South Africa will take you on quiet, scenic back roads to places that you probably didn’t know existed.

The Atlas of Dive Sites of South Africa and Mozambique is a comprehensive guide to some of the top dive spots in Southern Africa.