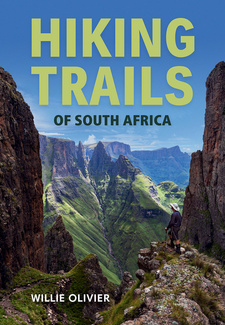 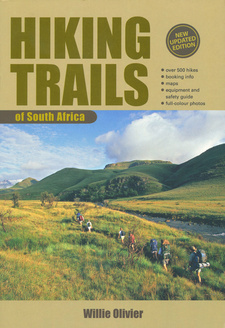 Mkhomazi Wilderness Area: Proclaimed in May 1973, the Mkhomazi Wilderness Area of some 54,000 ha is not as well known as the areas further north. The spurs of the Little Berg extend further east from the Escarpment than they do towards the north and the deeply incised valleys give the landscape a rugged appearance and a sense of isolation and tranquillity. Soaring but-tresses and several unnamed peaks of over 3,000 m dominate the Escarpment.The area is rich in history, and was the scene of many bitter clashes between the Bushmen and the early white settlers. Some routes to the Escarpment are the original passes used by the Bushmen and Basotho across the Drakensberg.

Highmoor: To the north and east of the wilderness area is Highmoor, which has the largest breeding colony of bald ibis in the whole of KwaZulu-Natal. The dams and wetlands at Highmoor are also an important habitat for the wattled crane, African rail and red-chested flufftail. Kamberg, Lotheni and Vergelegen, which serve as convenient access points for the Mkhomazi Wilderness Area, adjoin the wilderness area to the south and east. Despite the rugged terrain there are numerous footpaths, but they are mainly restricted to the occasional spur and to river valleys, often making it necessary to boulder-hop up a valley to reach higher ground.

Kamberg: This reserve, on the northeastern boundary of the Mkhomazi Wilderness Area, covers 2,232 ha and is renowned for its scenery, as well as for its excellent trout-fishing. Game to be seen include mountain reedbuck, reedbuck, blesbok, eland, grey rhebok and oribi.

1. Mooi River Trail takes its name from the Mooi River, which has its source in the adjoining Mkhomazi Wilderness Area. This walk consists of a main trail, with three 1-km loops and has been designed as a wheelchair trail. 7 km, with shorter options; 2 to 3.5 hours; circular. Lotheni Lotheni covers 3,984 ha and has some of the most spectacular scenery in the Drakensberg, including a number of waterfalls. Among these are Jacob's Ladder Falls, which cascade down the mountain slopes in several tiers. Prominent peaks, such as the Tent, Hawk and Redi peaks, are clearly visible on the Escarpment. (...)

This is an excerpt from the guide: Hiking Trails of South Africa, by Willie Olivier and Sandra Olivier.

500 hiking trails of South Africa are described in this new volume and it offers something for everyone, from the casual ambler to the experienced hiker.

Touring in South Africa is a most interesting and colourful collection of circular and linear motoring tours.

The best of Namibia. Travel guide

Good and compact Namibia travel guide to the best sites of Namibia.