Frank Lahmann: Preface: From Independence to Control. The Evolution of German Colonial Administration 1884-1919 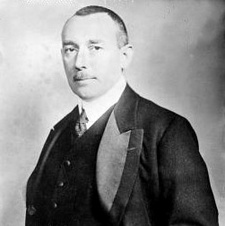 1. The Birth of the Imperial Colonial Administration and the Reichstag’s Role in German Colonial Politics: 1886 - 1907

Passage of certain laws for the colonies and colonial loans constitutionally came under the Reichstag’s jurisdiction.1a These Reichstag rights rendered frequent debate in the legislature unavoid­able, and so gave this institution ample occasion to air its grievances and develop an influence over colonial affairs. Germany, like all other colonizing nations in their initial stage of overseas penetration, was confronted with indigenous resistance, which resulted in extra­ordinary expenditure. This resistance together with the costly establishment of imperial administration, resulting from the private German merchant’s refusal to become involved in colonial administration as Bismarck had originally intended, made it necessary for the Imperial government to repeatedly request more colonial funds which were subject to the Reichstag’s approval.

Another facet of German colonialism usually ill-explained is the position and power of the German Emperor, Chancellor and Colonial Office. The Emperor retained considerable power. His imperial decrees became colonial law. Colonial administration too was completely under the control of the Emperor, who could also appoint on his own authority all colonial officials. Furthermore, as soon as colonial funds were approved by the Reichstag, the latter lost all control over how money was spent, and the government could even use it for quite different purposes than those for which they had originally been assigned. For example, a two-million-mark grant voted in 1889 by the Reichstag to combat the slave trade was mainly utilized by the government to quell the Arab uprising in East Africa.2

The second part of this study will demonstrate the increas­ing degree of influence exerted in the colonies by both the Reichstag and the Imperial government. For this purpose, the policies of two governors, Leutwein of South West Africa (1894-1905), and Rechenberg of German East Africa (1906-1912) will be analyzed in some detail. While Leutwein faced only marginal interference from Germany in the pursuance of his policies before 1905, Rechenberg after 1906 came under increasingly strong fire both from Germany and the white settlers in East Africa. Although the Imperial government had originally adopted Rechenberg’s proposal favouring a protected native peasant economy, it later reversed its decision due to growing resistance from the white settlers and Reichstag.3

The new viewpoints put forward in this study are largely based on material extracted from primary sources. The three excellent volumes of the Kolonial-Lexikon edited by the last Governor of German East Africa, Heinrich Schnee, were of particular interest. These volumes constitute a virtually untapped source and contain a wealth of information on all facets of German colonialism. Sources used to examine Germany’s colonial policy between 1884 and 1914 include copies of the crucial 1906 debates in the German Imperial Reichstag and election speeches given by the Colonial State Secretary Bernhard Dernburg.

The works relating to the legal status of the colonies and the various colonial institutions include Otto Köbner’s, Einführung in die Kolonialpolitik, and Karl Helfferich’s, Zur Reform der Kolonialen Verwa1tungsoranisation. These two authors were civil servants actively involved in the drafting of laws defining the colonies’ legal status. Another extremely valuable source was Theodor Leutwein’s, Elf Jahre Gouverneur in Deutsch Süd West Afrika, a revealing account of Leutwein’s views and administration in South West Africa. The German colonial newspapers also contained pertinent data. Of particular use were the government’s Deutsches Kolonialblatt published in Berlin from 1890 to 1920, and the Deutsche Kolonialzeitung published by the German Colonial Society, and often reflecting the opinions of the various pro-colonial pressure groups.