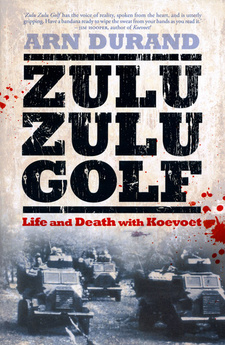 In humanity, as in nature, lies a deep and dark desire to kill and destroy in order to survive. We may deny its existencey but it is there, deep in our souls: we must destroy humanity so that humanity will survivey just as nature destroys nature so that nature may survive. Death has no mercy. This is how the blood on my hands became the foodfor my soul.

Fill your head with Marxist communist ideologies. Pick up an RPG-7, an AK-47 and some landmines and hand grenades, put on a Cuban or Chinese camouflage uniform and march across the border of another country. Shoot and kill the locals who don't support your ideas. Abduct the schoolchildren at gunpoint, march them to your training bases to indoctrinate them and fill their heads with your bullshit to force them to do what you are doing. You're looking for shit and you're bound to get your head blown off and those crap ideas spilt out all over the fine white sand. Who the fuck were SWAPO and its military wing, PLAN, to do what they were doing? I was going to stop them, not because I was told to or forced to, but because I chose to fight and to show that the enemy could not be allowed to do what it was doing. I was young, dumb and full of testosterone. Never mind what was right and what was wrong. No one had the right to do what they were doing ánd someone needed to stop the enemy. The world screamed, the world condemned, but fuck the world. If only the world knew the truth.

War in Angola started in the mid-1950s. The Popular Movement for the Liberation of Angola (MPLA), backed by the Soviets, the National Front for the Liberation of Angola (FNLA) and the National Union for the Total Independence of Angola (UNITA) were getting ready to kick the Portuguese right across the Atlantic Ocean back to Portugal, as was the Front for the Liberation of Mozambique (FRELIMO) in Mozambique. It took them close to two decades to succeed. In 1960 the South West African People's Organisation (SWAPO) was founded in then South West Africa, a South African protectorate. By 1966 SWAPO's military wing, the People's Liberation Army of Namibia (PLAN), was using guerrilla tactics to gain independence from South African rule. (...)

Of all this I was of course blissfully unaware. In 1964, I was only three years old and I was still sleeping in a cot. We lived in a mine house at Glen Harmony, where my father worked in the uranium plant of the Harmony Gold Mine in the Orange Free State. We had a big tabby cat called Tiger. One day my father brought me a kitten he had found on the mine premises. It was black with white paws and we called it Socks. One morning at dawn, just as the light started seeping into the room, I woke with little Socks snuggled down next to me. I felt his heart beating in his warm little body. Then something woke him. Perhaps he was hungry, perhaps it was the call of nature. He slipped through the bars of my cot. I watched as he darted down the passage towards the kitchen.

Suddenly Tiger pounced on him and went straight for the jugular. One bite and the life left Socks's little body. He was lying there on the cold passage floor, killed right in front of me. 'Don't let Arn see it,' someone shouted, but it was too late. I lay motionless, without any feelings. In fact, it had been fascinating to watch and to see what death meant. A few months later, in June 1964, I heard my father shout: 'They should have shot the bastard! They should have executed him on the steps of the Union Buildings!' The one o'clock news on Springbok Radio had just reported that Nelson Mandela had been spared the death penalty at the Rivonia Trial. He had been convicted of high treason and sentenced to life imprisonment. He was shipped off to Robben Island. (...)

This is an extract from the book: Zulu Zulu Golf. Life and Death with Koevoet, by Arn Durand.