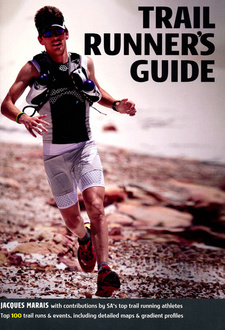 Sportsman Jacques Marais introduces his guide to the many trails that South Africa offers to the ambitious trail runner.

Trail running is my religion. It is my head space, my therapy, my escape into a parallel world fuelled by fresh air and endless horizons, and uncluttered by rules or red tape. The rhythmic thump of my feet on a remote trail reverberates into my very soul, not only exercising my body, but also freeing my mind to deal with the daily grind of life. I may start the day feeling as if a swarm of bees were buzzing in my skull, and return an hour or two later with proverbial flowers blooming inside my head. Your reasons to run may be different to mine ... the search for an elusive 'personal best' along a specific route; the reward of a medal at the end of a race; or earning the respect of your peers. And this is fine, too. For most of the runners I know, the main driving force is way more basic and instinctive, though. It is about sucking down huge gulps of fresh air. Feeling your blood thump deep within your veins. Maybe the glimpse of a genet dashing amid the restios as you round a bend on a windswept trail. Or watching your breath plume into the sub-zero atmosphere on a freezing winter run. Being alone, but never lonely. Running is about reconnecting with Mother Earth, and free-ranging far and wide beyond the crowds. It is about free expression, and I would hate this genre to be swamped by the bureaucracy and conformity surrounding road running and other, overly regulated sports. Bottom line: you do not need a reason to run. Or an excuse not to. Trail running ultimately remains one of the most uncomplicated sports you can practise in the great outdoors, and hopefully this book will act as a guide to some of the country's most gorgeous trails. Selecting these trails was not easy; more than 250 submissions from dozens of runners, organisers, destinations and enthusiasts streamed into my inbox over the months it took to put this publication together. So here's a massive thank you to everyone who contributed to Trail Running Guide. Without you, it would have been impossible for me to scout and run every trail featured, and your on-the-ground input was vital. Apologies to those whose trails I could not use in full: all I can say is - next time. And if we've made a mistake here or there (or left out your favourite trail), please let us know by emailing me on jacques@jacquesmarais.co.za.

This is an excerpt from the book: Trail Runner's Guide, by Jacques Marais.

More things to do in Moer and Gone Places (MapStudio)

More things to do in Moer and Gone Places in 102 destinations in South Africa, Zimbabwe, Botswana, Namibia, Lesotho, Swaziland and Mozambique.

These are 30 best walks and hiking routes in the Cape Peninsula to particular points of interest, tested and described by Mike Lundy.