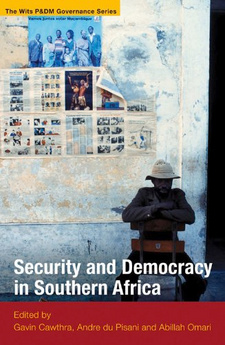 Since independence in 1966, Botswana has been a functioning liberal democracy, albeit dominated by one political party: the Botswana Democratic Party (BDP). This party has pursued policies that have fostered a relatively high degree of social and economic development.

The character of democracy in Botswana

Analysis of Botswana's democratic credentials has largely been favourable, with an 'African Miracle' school (a term originally coined by Thumberg-Hartland) being mainly positive if largely economistic in its approach. This group of scholars frequently invokes the question of whether Botswana is indeed 'a model for success'? (Picard 1987). Indeed, the intriguing way Botswana has managed to uphold a broadly liberal democratic tradition since 1966 while incorporating aspects of its pre-colonial governance is quite unique in the region. Ever since independence, the post-colonial government has acknowledged the crucial part that pre-colonial structures such as the chiefs and the kgotla (local traditional assembly) could play in modern Botswana's politics. Indeed, the kgotla has been deployed by the state as a forum where government policies are clarified for the people, and also where the people can voice their problems and concerns. This, combined with the more 'modern' aspects of an electoral representative democracy, has crafted a sustainable democratic culture in the country. Moreover, the installation of a woman kgosi kgolo (paramount chief) - Kgosi Mosadi Seboko of Balete - who also became chairperson of Ntlo ya Dikgosi (the House of Chiefs), is clear testimony of the softening of patriarchal tendencies, manifesting the reformation of bogosi (chieftainship) to become more inclusive and democratic. However, while Botswana's democratic development is routinely hailed as a 'model' for Africa, this developmental path has not been unproblematic and, in fact, has engendered inequalities, while the character of democratic practice in the country, although qualitatively better than many of its neighbours', is at times somewhat problematic. Having said all this, the limitations of Botswana's celebrated liberal democracy are noteworthy. Although it is true that the state has provided social services in the form of schools and clinics to the populace, and has exhibited features of the 'developmental state', major contradictions within the country's political economy and the qualitative nature of its democracy mean that the country exhibits authoritarian liberalism. Like the East Asian developmental states of Malaysia, Singapore, South Korea, etc., Botswana has combined high growth rates and visible 'development' with a structured autocracy.

The limitations on Botswana's celebrated liberal democracy are noteworthy. Opposition parties are generally weak due to interminable intra-party faction fighting and internal splits. The fragmentation of opposition parties has meant that the ruling BDP has enjoyed dominant - if not wholly unchallenged - status since independence (Mokopakgosi and Molomo 2000; Molomo 2000a; Osei-Hwedie 2001). In addition, the country has feeble organisational structures and poor capacity to promote alternative policies. The failure of opposition parties to unite and the propensity of opposition leaders to pursue their personal agendas have denied the opposition the possibility of unseating the BDP from power. As a result, this has meant that Botswana is, and has been since 1966, a de facto predominant-party system. The incumbent BDP has won each and every election by a clear margin (Selolwane 2001). It is only really at the local level that the opposition has made some meaningful inroads into the BDP's power base. In the past, the absence of a strong and vibrant opposition meant that BDP backbenchers effectively performed the role of the opposition in parliament - a serious indictment, indeed, of the opposition. [...]

This is an excerpt from the study 'Security and democracy in Southern Africa' by Gavin Cawthra, André du Pisani and Abillah Omari.

Security and democracy in Southern Africa

Examines the relationship between democratisation, character of democracy and its deficits, and national security practices and perceptions of eleven southern African states.

A scientific series published by the Namibia Scientific Society, this is the Journal Volume 62 dating from 2014.