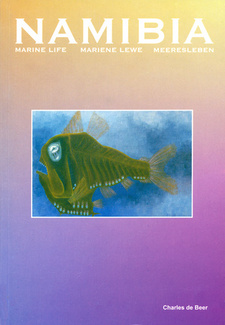 Namibia is among the top 50 fishing nations of the world. A number of fishing methods are applied to land the rich fishing resources of the country. About 90% of the total catch is shared amongst three major resource groups, namely: the epipelagic pilchard, anchovy and juvenile horse mackerel (purse seine); the mid-water adult horse mackerel (mid-water trawl); and the Cape and deepwater hakes (bottom trawl). Smaller resource groups include: bottom trawling for monk and sole; trawling for orange roughy and alfonsino; long-lining for tuna, bill fish, hake and kingklip; line-boat fishing for kob, steenbras and snoek; commercial ski-boat angling for kob, steenbras and snoek; and beach seining for mullets. In addition to the commercial sector, an active recreational skiboat fishery for kob, steenbras, blacktail and snoek is in existence, as well as rod-and-reel beach angling, notably for kob, steenbras, blacktail and galjoen. Two separate, yet important crustacean fisheries are directed at the Cape spiny rock lobster in the Luderitz area, and the deepwater red crab and spider crab in the northern Benguela. Rock lobsters are caught by means of baited rectangular traps and hoop nets from small fishing craft operating from Luderitz. Red and spider crabs are caught at depths of between 400 and 800m by using beehive-shaped traps strung on longlines. A single mammal species, the Cape Fur Seal, is commercially harvested in Namibia, while guano, as a by-product of sea birds, is collected. (...)

Charles de Beer was born and educated in Cape Town and attended the University of Stellenbosch. His career as a marine biologist with the Sea Fisheries Research Institute in Cape Town spanned nearly 20 years, specialising in invertebrate research with particular emphasis on the West Coast spiny rock lobster. Charles, with his wife and two daughters, then lived and worked on the Island of St Helena for almost two years, spending time in the clear tropical Mid-Atlantic Ocean diving and filming underwater. He and his family lived in Swakopmund, Namibia for an unknown time, continuing his work and painting as a hobby. His paintings are strongly influenced by his long association with, and great love for the sea. His qualification as a SCUBA diver has given him the unique opportunity to observe the intensely fascinating and bewildering variety of marine plants and animals, experienced only by the fortunate few. Do you know more about Charles de Beer? Please let us know.