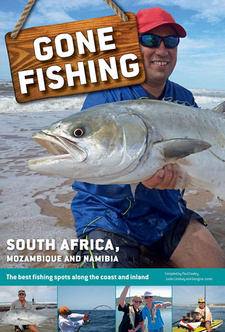 Recreational fishing is one of South Africa's favourite pastimes. Each year, an estimated 1.2 million recreational anglers spend time fishing in coastal waters, and probably twice as many spend time on freshwater bodies. Besides being a very popular pastime, angling is a huge economic industry. Property development and capital investments on rivers, lakes, estuaries and the coast directly related to recreational angling contribute significantly to local economies. Fishing tackle distributors and retailers, as well as associated industries such as accommodation establishments, charter businesses, fishing guides and even the government (through licence fees) generate and turn over millions of rand annually. Some studies have revealed the economic importance of aquatic habitats and fishes. For example, in 2002 the total value of just the estuarine associated fisheries in South Africa was estimated to be more than R1.25 billion. Furthermore, an economic assessment of a single fishing competition on Lake Gariep in 2007 revealed that it contributed more than R250,000 to the local economy. The economic viability of this industry relies on maintaining a healthy capital (adult fish stocks), and the future depends on the actions of its investors (anglers) and custodians (government), and how they utilise the interest (available fishery resources). Southern Africa is blessed with a rich diversity of angling fishes, each with anatomical and physiological characteristics that have evolved to deal with the dynamic features associated with the estuarine, sandy beach or rocky shore habitats in which they occur. Unfortunately, the adult breeding stocks of many sought-after estuarine and marine species exist today as only a small fraction of their pristine levels. Over exploitation, pollution and habitat alteration are the main factors contributing to local stock declines. It is only through education, shared knowledge, understanding, appreciation, conservation and corrective management that we will be able to reverse the poor stock status of many of our iconic fishery species. The aim of this book is to embrace the rich angling diversity southern Africa has to offer and share the local knowledge of contributing authors on where, when and how to catch fish at over 500 different angling destinations. In sharing this information, it would be remiss not to emphasise the sensitivity and vulnerability of certain species to over-exploitation. To this end, a strong conservation ethic is outlined throughout this book. Anglers must be mindful of the fact they are an integral part of our extraordinary aquatic realm and that only responsible actions will sustain recreational angling for current and future generations. All recreational users are encouraged to be part of the solution and not the problem: adhere to the size and bag limit regulations and whenever possible practise catch-and-release.

The tranquil surroundings of most fishing destinations are undoubtedly the best remedy for everyday stress and frazzled nerves. This is particularly true when embarking on a fishing trip to a remote location. However, visits to out-of-the-way places also imply that access to doctors and healthcare facilities is limited. Therefore, it is essential to be mindful of the potential dangers on a fishing trip. The most common injuries and ailments incurred on fishing trips are skin and flesh lacerations, sunburn, stings and bites, and, believe it or not, hooks in fingers! Be aware of the risks when visiting unfamiliar places and mitigate whenever possible. The following points are considered to be the basic essentials to ensure your wellbeing and safety while on a fishing trip: [...]

This is an excerpt from Gone Fishing: South Africa, Mozambique and Namibia, by Paul Crowley, Justine Lindsay and Georgina Jones.

Gone Fishing features the greatest fishing spots along the entire coastline of South Africa and selected sites in Mozambique and Namibia as well as some inland fishing areas.