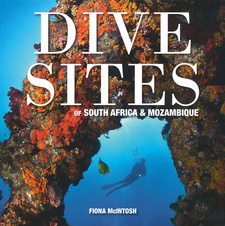 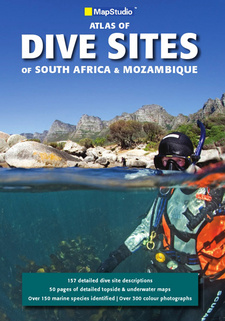 Durban and the North Coast

Scuba drivers in Durban are spoilt tor choice. The most popular dive sites in South Africa are within easy reach - Aliwal Shoal located off uMkomaas is nearby and the ever-popular Sodwana Bay is a few hours drive away. It's tough to compete against the best and, because of the unpredictable driving conditions, scuba diving off Durban is very often overlooked by the large local driving community. Nevertheless, the diving is easily accessible by a safe boat launch from Vetch's Pier and there are a number of interesting reefs and wrecks off Durban and the North Coast that will appeal to the novice, advanced and technical diver, as well as a good social scene - don't forget to drop by the Durban Undersea Club for breakfast after the dive. There are also some stunning artificial reefs for which the Oceanic Research Institute needs to receive credit. These reefs add a greater diversity of marine life and bring with them higher productrvity. The Durban Bight region is largely devoid of reefs, and the artificial reefs were colonised by invertebrates, seaweeds and over 84 speoes of fish within the first year of sinking.

Cooper's Light Wreck is rather an enigma. The identity of the wreck is still unknown, as is the date she sank. She lies 4km off Treasure Beach on the Bluff and is named after the lighthouse there. Lying at a depth of 25-32m, she is Durban's most interesting wreck in the recreational scuba diving range. Over the years there has been much speculation as to her true name and the reason she was sunk off Durban. The wreck is a steamship of between 1 000 and 1 500 tons and made of iron. At a length of 77m with a beam of 10.5m she is not a small vessel. An interesting feature on the wreck is that she has an implosion hole on one of her boilers, indicating that she could have been scuttled. This was common practice years ago when vessels reached their sell-by date. It is most likely that she was scuttled after one of the World Wars as ships that were commandeered by the navy were often not returned to their pre-war owners. There are as many as 20 iron and steel wrecks lying in the waters off Durban. Cooper's Light Wreck is rich in fish life - juvenile angelfish and butterflyfish. scorpionfish, paperfish, lionfish, eels and coral-banded shrimps are all here in abundance. And watch out for the uncommon harlequin goldie (Pseudamhios connnelt) which is endemic to the coastline of KwaZulu-Natal and is easily spotted on all the steel wrecks along the coast.

Features of the Atlas of Dive Sites of South Africa & Mozambique (MapStudio):

Detaited coverage of top dive sites for each diving region
Introduction chapter highlighting:
Overview of South Africa and Mozambique
Basic training and equipment
Dive culture and responsible diving
Treatment of injured divers and recompression chamber poky
Caring for the marine environment
Dangerous marine organisms
Emergency contact details
Marine protected areas
Each chapter features:
Clear and detailed maps of all the dive sites with:
Positions of a II sites indicated a nd c ross refe re need in the text
Enlargements showing routes, toy points, sites and wrecks
Access points to dive sites featured
Location within the region
Underwater depths indicated with colour-coding
Information boxes on other marine adventures or activities in the region
All dives are described in details:
First-hand account of the dive and what the experience is likely to be
Concise info boxes featuring:
Difficulty rating
Type of access (Shore or boat)
Maximum and average depths
Reference to locate the dive site on the map
Area specifics on best time to visit water temperatures, dive conditions and recommended gear
Beautiful dive images to give you an indication of the dive site features and underwater views
Includes a separate Marine Species Identification Guide
Marine species are identified by:
Over 175 cobur photographsto help you identify species
Size, common and scientific names
Brief description and natural history
31 location maps showing distribution of each species

This is an excerpt from the guide: Dive Sites of South Africa & Mozambique (MapStudio), by Fiona Mcintosh.

Mild to Wild: Adventures and Activities in Southern Africa (MapStudio)

MapStudio's Road Tripping South Africa will take you on quiet, scenic back roads to places that you probably didn’t know existed.

The Atlas of Dive Sites of South Africa and Mozambique is a comprehensive guide to some of the top dive spots in Southern Africa.