Henning Melber: Of Fat Cats and Poor Folks in Nambia 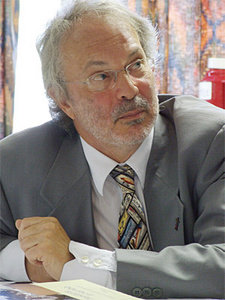 Black Economic Empowerment (BEE) in Namibia serves the class interests of a new bureaucratic elite from the ranks of the erstwhile liberation movement. These “liberators” profitably cash their access to the country’s resources through their offices secured since Independence.

"In Namibia, … we are clear …
No exploitation of man by man.
That will not be allowed here."

When published by the local office of the United Nations Development Programme (UNDP) the first time in 1996, Namibia’s Human Development Report (HDR) concluded: “Namibia is one of the worst performers in the world in terms of human development levels relative to national income”. With a Human Development Index (HDI) of 0.573 in 1996 Namibia held the position of 116th (out of 174) in contrast to its ranking in terms of the Gross Domestic Product (GDP) - as an indicator of national wealth - of 79th. A National Household Income and Expenditure Survey (NHIES) conducted 1993/1994 disclosed that the social reality is fragmented along a combination of class structures as well as ethnic-regional factors. As a result of settler colonialism, class structures had an ethnic-regional correlation: the language groups existing among whites were far better off than those groups speaking local vernaculars.

The NHIES estimated the combined rates of unemployment and underemployment (including subsistence farmers) to be as high as 60%, while Namibia is at the same time classified as a so-called lower middle-income country. The GDP per capita (in constant 1995 prices) is calculated for 2004 at 2,184 US$. But figures of the latest household income and expenditure survey undertaken some two years ago highlight the scandalous degree of unabated skewed income distribution patters: the wealthiest fifth of the population controls an income share of 78.7%, the poorest fifth has to live on a mere 1.4%. Even South Africa (with a GDP per capita of US$ 4,020) has a less radical social divide with 66.5% and 2.0% respectively. Little, as the data suggest, had during the last decade actually changed in terms of the distribution of wealth and poverty.

The Second National Development Plan (NDP 2) formulated as its goal a “sustainable and equitable improvement in the quality of life of all people in Namibia”. The development objectives identified were: poverty reduction, employment creation, the promotion of economic empowerment, economic growth, a reduction of inequalities in income distribution, a reduction of regional development inequalities, the promotion of gender equality and equity, the enhancement of environmental and ecological sustainability and to combat the further spread of HIV/AIDS.

The country’s “Vision 2030” declares to place the quality of life of all Namibians - then estimated at three million people despite the high HIV infection rate (as a result of which the average life expectancy for Namibians has dropped from above sixty to below 50 years of age) - on a par with people in the developed world. In 2030 Namibia should have an unemployment rate below 5% and ought to be “a healthy and food-secured nation in which all preventable, infectious and parasitic diseases are under secure control; people enjoy a high standard of living, good quality of life and have access to quality education, health and other vital services.”

The separate designing of an ambitious decentralization policy, a Poverty Reduction Strategy, and the recent compilation of Regional Poverty Profiles as well as the first progress report on the Millennium Development Goals (MDGs) are just some of the more prominent signs of a government eagerly compiling assessments and drafting plans - but failing to achieve the declared goals. According to the UN HDR for 2005, Namibia remains the most unequal country in the world. A UN country assessment warned of an unfolding humanitarian crisis due to the combination of HIV/Aids, food insecurity and the ineffective delivery of critical social services to the most vulnerable groups. The Namibian NGO Forum (NANGOF) in a shadow report contrasting the official government position on MDGs called “for a critical review of the policies, strategies and approaches and structural tools adopted to remedy the situation”.

Given all the impressive documents and declared intentions one wonders why the subsequent performance turns out to be as dismal. There are certainly many reasons, not least the often-heard reference to the limiting framework for social transformation. Indeed, the status quo inherited at Independence is difficult to change for any government - no matter how politically determined its declared pro-poor policy should be. At a closer look, however, the degree of determination in the Namibian case is less convincing as it might seem at first sight. While everybody realistically minded would concede that slow and painful reforms would be the only viable avenue to pursue, many roads towards such defined goals as summarized above haven’t even been entered. Tax policy and public expenditure would be a suitable tool to address socio-economic priorities and targets.

But government took 15 years until implementing a land tax for commercial farms as a possible instrument in support of agrarian reform. Government also reduced the personal income tax for the higher income groups considerably since the mid-1990s. The growing number of higher income earners in the public service and private sector from the “previously disadvantaged group” coincided with a more lenient tax policy – almost as if the lawmakers would find it difficult to tax themselves and those alike. At the same time, increases in the costs of living often (and unnecessarily) discriminated against the poorest: kerosene and petroleum happen to be proportionally as much if not even more increased than petrol, for example.

Public expenditure favored gigantic projects to the benefit of foreign companies (most prominently visible in the construction of the Heroes Acre and the new State House complex, where foreign workers are imported for what Namibians could do). Foreign investments are supported by public subsidies under the slogan “the bigger the better”. The early Pidico disaster was followed by the costly Barden Motors escapade and of recently the Ramatex/Rhino Garment saga. Namibian revenues are wasted to add extra profits to those operating under a predatory capitalism disguised as “globalization”. Local beneficiaries were in all cases few and anything but the most needy ones.

Rent seeking appropriation of Namibian natural (and hence public) resources is disguised as “Namibianisation” (meaning in actual fact privatization) of collective wealth and property for a few individuals. At the same time, the budgetary policies since Independence did not favor a pro-poor policy declared in so many documents. Quite in contrast to the ritual lip service, an analysis by the Institute for Public Policy Research (IPPR) saw “little reason to believe that public spending is becoming more equitable and more focused on the poor”, but “more rather than less inequitable”. The IPPR study concluded: “it is quite possible that poverty and inequality have worsened and that the national budget has done little to offset this trend”.

In contrast, Black Economic Empowerment (BEE) serves the class interests of a new bureaucratic elite from the ranks of the erstwhile liberation movement. These “liberators” profitably cash their access to the country’s resources through their offices secured since Independence. A recent review by the Namibia Institute for Democracy (NID) identifies “substantial volumes of corruption”, which in most cases “involve Government agencies … where more resources are available and were controls are weakest”. The Deputy Director in the Office of the Auditor General expressed his frustration about the lack of checks and balances in public accounting and transparency. He stated that instructions were “totally ignored without any fear” by top civil servants, including Permanent Secretaries. The recent emergence of several high calibre cases of misappropriation of public funds, disclosing a network of politically connected “stakeholders”, confirms such criticism.

Shady business practices illustrate in a textbook fashion the infamous “fat cat syndrome” prevailing. The Secretary of the SWAPO Party’s Elder Council called this a monster of avarice and avidity “eating the national cake greedily, excessively, with impunity”. Tate Hishoono concluded: “Corrupt practices have become the order of the day”. Namibia’s Prime Minister shared similar sentiments when he qualified the abuse of the several hundred million N$ from the GIPF pension funds on get-rich-quick schemes masquerading as BEE “just asset-stripping”. Nahas Angula warned: “We have to be careful, otherwise we are going to end up having a class war in this country.”

The popular Zimbabwean singer Hosiah Chipanga observed in one of his songs: Vatadza kupedza urombo, zvino vavakuda kupedza isu varombo (“They have failed to eliminate poverty, now they want to eradicate the poor”). While Namibia in not yet heading for an “operation clean up”, the results of state policy fail to indicate a will to serve the poor. What we witness is not about redistribution of (relative) wealth, nor tackling chronic poverty by means of social protection. It’s all about self-enrichment, capitalism, and class. In other words: it’s business as usual, stupid!