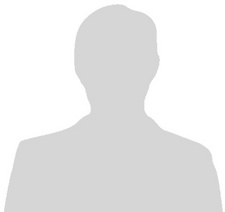 Julius Lewin (1907-1981) was a South African lecturer and authority on law and race relations.

Julius Lewin (1907-1981) was a South African lecturer and authority on law and race relations.

Julius Lewin was born in Oudtshoorn in Febuary 1907, and was educated at the University of Cape Town (B.A.1928, Ll.B. 1930). He practised at the Bar in Cape Town 1931-1933 and at the Middle Temple in London, 1936, later working as a Research Assistant and Tutor in the Colonial department of the university of London and as a lecturer at the London School of Economics. From 1939-1967 he was a lecturer, later Senior Lecturer, later Associate Professor in the Department of Social Anthropology and African Government at the University of the Witwatersrand. He emigrated to England in 1968, first taking up a research fellowship at the University of Manchester. Later he was visiting professor of public law at Columbia University, New York, {1969) and then he worked at the North East London Polytechnic. He was a prolific writer, producing four books and a great number of articles in British, American and South African journals and newspapers, mainly on the subjects of law and politics in South Africa. He died in September 1984.

South-West Africa: The Case against the Union

South-West Africa: The Case against the Union. An judical interpretation of the mandate.