Zuma: A biography, by Jeremy Gordin 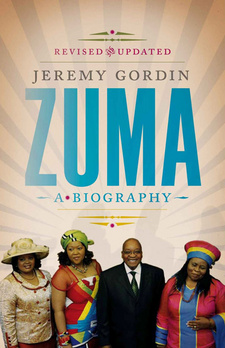 Zuma: A biography, by Jeremy Gordin.

Jeremy Gordin is widely known for the biography that he wrote on the life and times of President Jacob Zuma.

Preface to the Second Edition: The first edition of this book ended as Judge Chris Nicholson withdrew from Jacob G Zuma's mouth the sharp hook that had been lodged in it for about nine years by the National Prosecuting Authority. However, despite this enormous fillip, in December 2008 life did not look wonderfully rosy for Zuma. Consider: it soon became obvious that the npa would appeal as quickly as possible against the Nicholson judgment and probably win (this is indeed what happened). Then it would recharge Zuma. Were this to happen (and it did), what would Zuma and the anc do? Could a national election - due in April 2009 - be fought with him sitting in court? What if he were found guilty? A conviction and a sentence to a jail term of more than 12 months would have made Zuma ineligible for election to Parliament and therefore ineligible to serve as President of South Africa. Then there occurred the most remarkable intervention: the decision by the acting National Director of Public Prosecutions to drop charges of racketeering, money laundering, corruption and fraud against Zuma - notwithstanding everything that had gone before.

On 6 May 2009, Parliament voted Zuma fourth president of a democratic South Africa, defeating the Congress of the People's presidential candidate by 277-47 votes. Three days later, he was sworn in. As one of the talking heads on television remarked, it was 'the greatest political comeback ever' (certainly in South African politics). What's more, though he inherited a country wallowing in the doldrums, Zuma received a very good press, foreign and local - not only for his first 100 days but for the first eight months of his rule. He was featured on the cover of Time magazine on 7 December 2009, and the inside article was none too shoddy either. In addition, the political opposition, as much as 'the people', seemed disarmed by his brand of charm, his promises to eradicate corruption and create jobs, and his sweeping aside of former President Thabo Mbeki's hiv/aids denialism.

But on a balmy Sunday morning, 31 January 2010, the Sunday Times arrived - thump! - in the driveway, carrying incendiary matériel. Suddenly, Zuma was in trouble again; in the blink of an eye, he had again become the dirty rascal. Just when Zuma's getting ahead in the game, he ... well, he doesn't shoot himself in the foot ... but he does often commit a sexual misdemeanour. But more important than the brouhaha precipitated here and overseas by Zuma's peccadilloes was the reaction of his allies in the anc and the tripartite alliance. It was apparent from their lukewarm response that quite deep fissures existed in the party and the alliance. Zuma's policy of governing by consensus had effectively meant perpetual compromise, and in such a process there can be little bold leadership.1 By trying to be all things to all people, Zuma has clearly failed to satisfy most, if any, of the competing factions in his government.

This second edition of Zuma: A Biography contains three new chapters that incorporate all the new events that I have mentioned above -from October/November 2008 until the first weeks of March 2010 and the pomp and ceremony of his journey to London to see Queen Elizabeth II. Much of the material in the three new chapters flows from articles I have written on politicsweb.co.za, where I have been a weekly contributor since about June 2009, and articles written for East London's Daily Dispatch. (...)

This is an extract from the book: Zuma: A biography, by Jeremy Gordin.