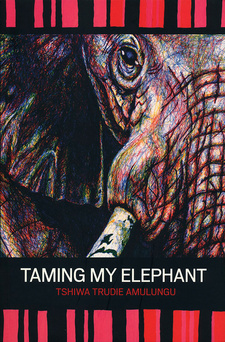 Tshiwa Trudie Amulungu's life story, Taming My Elephant, is a remarkable and important book on Namibian women in exile.

[...] I first thought of sharing my story with my family. Although so dear to me, they do not know half of me, maybe even less than that. They are, however, convinced that they know me well. Yet, there is so much about me that they cannot know. Individuals' lives are often most elusive to those closest to them. Not by choice, but that's just how things are. I had to travel a long route to adjust to my life as it is today, but they don't know much about this effort. I initially smiled when my children asked me questions to which they expected nothing less than answers that corresponded to their frame of reference. In the end, I too assumed that the tooth-fairy, Easter eggs, Christmas trees and other such customs were the natural way of doing things. Habit simply and gradually set in. It only, unexpectedly, clicked one day when a car guard unintentionally, but boldly, drew my attention to this obvious fact. This attentive young man must have observed us, my husband, my children and me, over a period of time as we arrived regularly at the gym. Interestingly, it all started with him offering to look after our car. There being nothing unusual about that, we always welcomed the offer. One day, it so happened that I went to the gym alone. Our usual car attendant confidently approached me and asked me, this time in Oshiwambo, whether he could look after the car. Sure, I responded and was about to rush off. But he politely wanted to know if he could quickly ask me something. Sure, I answered and slowed down. Clearly, he was satisfied that he could confirm his long held suspicion about my mother tongue. His question to me though was: Who are the people with whom you always come to the gym? When I explained that these were indeed my husband and children, his next question was: Do you mean you live with them? As soon as I had responded in the affirmative, he fired the next question: How do you communicate with each other? When I told him that we did so in English, he wanted to know whether this was what I was doing on a daily basis. Again I responded in the affirmative. Although he appeared not to have further questions, his look expressed nothing less than genuine sympathy. From this brief exchange with the car guard I realised how much my present family life perplexed an ordinary Namibian who shared my background and experience. I later on also established that a good number of my peers initially wondered whether my marriage to a white man was not stressful for me. I still remember how one of my close friends confronted me with an unambiguous question: How do you deal with a white husband? I of course was also surprised by the shift of my own mind set between the first time I had set eyes on my husband in 1988 in Lusaka, Zambia, and the time all these perplexities came to the fore 24 years later when I began writing this book. [...]

This is an excerpt from the Namibian biography Taming My Elephant, by Tshiwa Trudie Amulungu.