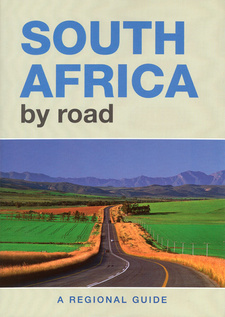 South Africa by Road: A Regional Guide contains 29 chapters outlining the various regions of the country, supplemented by a comprehensive road guide that includes detailed regional maps and town plans of the country's major centres. The chapters each have sections on climate, fauna and flora, and history and heritage. A special focus on noteworthy places highlights what there is to see and do in the most interesting cities, towns and villages in each region. Several text boxes contain additional background information covering a range of topics from regional cuisine, agriculture and national parks to culture, scenic drives and must-visit museums and heritage sites. A separate series of boxes lists a selection of outdoor activities, routes and trails, including hiking, horse and 4x4 trails. Did You Know? boxes draw attention to curious facts, and Driver's and Hiker's Alert boxes warn of any potential danger. Each chapter also has a tailor-made regional map (or two) that includes national parks, nature reserves, game parks and places of interest such as grave and battle sites, heritage sites, rock art sites, hot springs and a host of others. For the driver (or his or her navigator), toll roads, passes, and national, secondary and gravel roads are shown, along with distance markers to help plan the journey. Furthermore, each chapter has a reference box next to the map, which links the chapter to the road guide at the back of the book. Alternatively, the road-guide section can be used as a stand-alone feature, as it has its own index to help pinpoint almost any location in the country. For an overview of the regions and maps covered in each chapter, refer to the key plan opposite. Each chapter is represented here, with its relevant page number for easy reference. The legend below the key plan illustrates the abbreviations and symbols used in the chapter maps, while a legend preceding the road guide may be referred to for the road-guide maps.

Situated on the South African plateau in the vast expanse of the Great Karoo, the Central Karoo is a tract of land dominated by stony plains punctuated by windmills, the occasional dolerite hill and small mountains. The Khoekhoen called this vast semi-desert region Kuru, a name meaning 'hard' or 'dry' - an apt description of this harsh land. The aromatic Karoo bossies (bushes) and grasslands are ideally suited to small-stock farming and the area is a major producer of wool, lamb and mutton. The region is bounded by the Kalahari and diamond fields in the north, while the Koup and the Camdeboo lie along its southern boundaries. It extends from the Hantam Karoo east to the Eastern Cape Interior and the Orange River. The climate of the Central Karoo is similar to that of other regions in this semidesert area - extremely hot summers with temperatures exceeding 40 °C, and cold winters. Snowfalls are rare, but frost is common between April and November and temperatures can plunge to -5 °C in midwinter. The region lies in the summer rainfall area and the rains are accompanied by heavy thunderstorms. Precipitation averages between 200 and 250 mm over much of the region, but increases to more than 400 mm in the north.

Flora and Fauna: A mixture of grassveld and typical Karoo shrubs dominate the vegetation of the region, which lies in an area where the Karoo and the Grassland biomes meet. Grassveld once dominated large areas of the region, but it has been invaded by Karoo plants as a result of overgrazing and poor veld management. Large herds of springbok, gemsbok, buffalo, elephant, rhino and other game roamed the plains when the first explorers and trekboers (migratory stock farmers) arrived in the region. But it did not take long before the prolific herds disappeared from the vlaktes (plains) and the guns fell silent. The region lies in the main breeding ground of the lesser kestrel, a Palaearctic migrant from Europe and Asia. The birds begin arriving in November and their numbers peak in January and February. The Korana inhabited the region's northern reaches, moving along the Orange River with their livestock in search of grazing

Dutch trekboers were already settled widely in the Upper Karoo by the first decade of the 1800s. They needed water to sustain themselves and their livestock and occupied water-holes within the territories of the !Xam. The San struck back by raiding the isolated farms but were powerless against the guns of the trekboers and were soon driven out of the region. The dominant positions of Dutch Reformed churches in the region suggest that most of the towns were established to serve the spiritual needs of farmers in the surrounding areas. Hopetown saw a brief flurry of activity after the first diamond was found in the district in 1866. But the miners soon abandoned the town when diamonds were found at Colesberg Kopje and Barkly West.

History and heritage: The region was once home to the !Xam, one of several groups of San hunter-gatherers who occurred throughout much of southern Africa. They lived in small nomadic bands and survived by collecting plants and hunting game with bows and poisoned arrows. The smooth boulders of the dolerite ridges punctuating the Karoo landscape provided the canvas for San shamans to depict the visions they had under trance. There are numerous rock engraving sites in the region but permission to view them has to be obtained in advance as they are on private land.

Nelspoort: Nelspoort is usually bypassed by travellers as it is situated off the N1. But for those interested in rock art, a detour will be well rewarded. San hunter-gatherers and Khoekhoe pastoralists left a fascinating legacy of engravings on the dolerite boulders just outside the village. Engravings of elephant (including one that is 1,2m long), eland, rhino, ostrich, as well as human figures, animal spoor and geometric patterns abound. Several 'rock gongs' (dolerite boulders balanced on top of each other that resonate when struck) can also be seen. [...]

This is an excerpt from the book: South Africa by road: A regional guide, by Denise Slabbert, Willie Olivier and Pat Hopkins.

Offbeat South Africa. The Travel Guide to the Whacky and Wonderful

Offbeat South Africa - The Travel Guide to the Whacky and Wonderful is both a guide and tribute tostrange and surreal people, places and things.