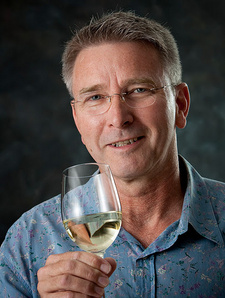 This edition, as in previous years, we've tasted and described many thousands of South African wines, from smiley-faced budget-pleasers to sophisticated and expensive 'wines of contemplation'. Irrespective of their quality or stature, all the wines tasted are the product of a complex web of processes - vini and viticultural, analytical, operational, social and commercial, to name a few - which exist within both natural and man-made frameworks. All of the processes must operate in concert, and in a manner that's sustainable, in order for producers to survive and, preferably, prosper, so they can continue to bring us our daily sip. It's with this in mind that we've chosen Sustainability as our theme for this, our 31st annual edition. We've asked all featured producers (participation in the book remains voluntary) to tell us their sustainability stories, highlighting notable successes (and, perhaps, disappointments), plans for the future, anecdotes, and views on a subject which can elicit some fairly extreme reactions. The diverse and fascinating responses are incorporated in many of the news updates and tasting notes featured in the A-Z Directory of Wines & Wineries beginning on page 142. We've extended the Sustainability focus to our full-colour Photo Gallery where, among others, are featured members of a group of advisers who are helping us with our own journey towards sustainability.

We're also delighted to have the Foreword written by one of South Africa's acknowledged leaders in this arena, Inge Kotze, project coordinator for WWF's pioneering Biodiversity & Wine Initiative and Drinks Business '2010 Green Personality of the Year'. And, in recognition of the introduction last year of the world's first 'sustainability seal', we've created a special icon (@) to highlight those wines which are guaranteed by the local certifying authorities to have been produced in an environmentally responsible manner.

In delving behind the scenes, and asking what corporate cellars, family farms, boutique wineries and negociant houses are doing to ensure their sustainability, we've uncovered a remarkable breadth and depth of effort. Much focused on environmental issues, as one would expect, but hearteningly also on a multitude of social initiatives and commercial endeavours. It all forms a rich tapestry, from raising funds to keep farmschool kids supplied with stationery, to harnessing the winelands' famously potent south-easterlies to generate wind-power for winery energy needs.

All in all we've found it a hugely satisfying undertaking and hope that you, too, will be inspired, entertained and ultimately reassured that the South African wine in your glass increasingly is being made with an eye on not just today's consumers but future generations of winelovers too. Regarding the tastings for this edition, our aim and approach have remained unchanged, namely to taste, rate and describe as many South African-made wines available during the currency of the book, both locally and overseas, as possible.

Much as we'd like to, the number of individual wines precludes us from re-tasting/rating vintages which have been submitted previously yet will still be available for sale during the book's currency. Only wines which last year were reviewed as tank or barrel samples, and thus rated provisionally (or considered too young and unformed to rate), or wines we believe we may have miscalled last time, are revisited for the current book. New and previously untasted vintages are, of course, reviewed as normal.

It bears repeating that the rankings reflected in the book are the result of a process beginning towards the end of June, when we mobilise our team of tasters. The results of their work are reflected in the A-Z section, along with news about the wineries and winemakers, general information about products, vinification facilities, vineyards, amenities available to visitors and more. (Scores for all wines in the A-Z are also listed separately for convenience in the section named 'This Year's Ratings Summarised'.) Also featured in the A-Z are general wine-style indicators and technical details (note that alcohol, acid, sugar levels, time in wood etc are provided mainly where they are useful in giving clues to the character of the wine).

For visitors in search of wine-route information, we've incorporated GPS coordinates for as many as possible of the wineries open to the public at set hours or by appointment. The maps have again been fully updated, along with the quick-lookup tables which furnish key visitor information about the wineries of a particular area, such as whether or not they are open on weekends and public holidays, offer meals or refreshments, specifically cater for children, or are friendly to individuals with reduced mobility. On which subject, our initiative to provide professionally conducted audits of winetasting areas, cellar tours and other visitor facilities in the winelands has entered its second decade in conjunction with accessibility specialist Guy Davies. See under Disabled Access in SA Wineries for details.

This is an extract from the wine guide: Platter’s South African Wines 2011, by Philip van Zyl.