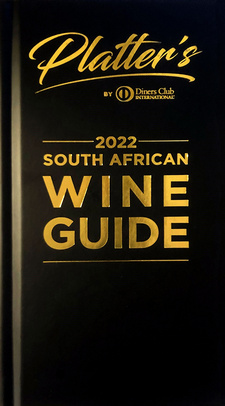 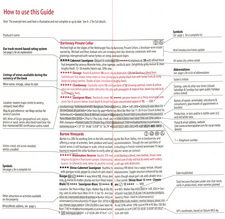 How to use Platter’s South African Wine Guide 2022.

For the benefit of those setting out on day trips or longer self-drive excursions, we continue to publish the 3-word addresses created by the team at What3Words, whose aim is to make navigation faster, easier and more accurate by precisely locating any person or object on the planet. Look for the 0 icon among the contact details of the producer listing in the A-Z, and simply type (or speak) the three words into the\A/3W app on your phone. Amid heightened appreciation and demand for wines showcasing venerable vines, we're also continuing to use this icon ® to highlight wines whose bottles bear the Certified Heritage Vineyard seal ('sticker'), to show they've been verified by the Old Vine Project as originating in vineyards that are officially'old', i.e. 35 years or more. SA has among the most surviving old vines of any wine-growing country, a total of over 3,000 ha, and much good work is being done to revive and extend the lives of these senior citizens. The 'cellar' icon® in the A-Z listings is intended to draw readers'attention to wines that we believe will repay extended cellaring: at least 8-10 years for reds and fortifieds, and 4-6 years for whites. Rising interest locally and worldwide in collecting SA wine, and optimally cellaring it, will hopefully be served by this focus on ageability. Another 'icon' to watch for in the A-Z is the 100-point rating, which appears in a circle beside the vintage date in the description of the wines, alongside our familiar 0-5 star rating scale. Alias 'the Parker system', the 100-point metric is the global standard, and our belief is that international readers will better understand and contextualise our judging team's pronouncements when presented with both sets of ratings. Worth mentioning is that we introduced judging on the 100-point scale internally only in 2015, and thus 100-point equivalents for vintages tasted prior to that date are not displayed in the A-Z listings. In the section of the guide devoted to our top accolades, you will find an Honours Roll of previous recipients of the original pinnacle award, Winery of the Year, and the more recent accolades, Top Performing Winery, Newcomer of the Year and Editor's Award. Also included in the top plaudits section under the heading the Wines of the Year is the line-up of bottlings which achieved not only the maximum 5 stars, but also the highest score in their category. It's worth mentioning that there has been no change in our long-standing goal of tasting, rating and describing as many as possible SA-made wines available during the currency of the book, both locally and overseas. Participation in the guide remains voluntary, however, and a limited number of producers, for a variety of reasons, elect to be omitted or not send wines for tasting. Other wineries are not yet ready to be featured, and we look forward to including them next time.

This is an excerpt from Platter’s South African Wine Guide 2022, by Philip van Zyl.