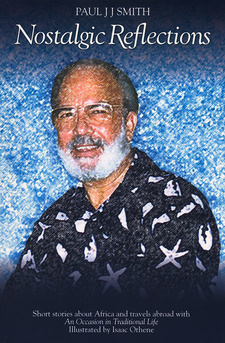 Short stories about South Africa and travels abroad with An Occasion in Traditional Life is Paul J. J. Smith's attempt at sharing his innermost feelings, emotions, experiences (real or imagined) with you. It is an invitation to join him on my journey through life, to come along for the ride and broaden your horizons, scope and sense of perception, in order that you can pass these stories on to your children.

I WAS BORN on a farm in the Cape Province of South Africa on 29 November 1931. My people were known as Cape Coloureds, a name given to the result of intermarriage between the earliest white settlers and the natives of the Cape Province. We were a family of ten children of which I am sixth in line. How we came to live on this farm is lost in obscurity, but the impressions engraved on my mind about life on the farm will be with me for all time. I always thought of our farm as our exclusive possession. My father engaged in mixed farming: we had a flock of sheep and goats, horses, donkeys, mules, cattle, pigs, and poultry. On some sections of the farm wheat, corn, and animal feed were grown. There was such a close attachment to these things that they all seemed part of us - the family. The farm was so productive that we lived a fairly decent life. One of the most exciting, and in some ways the most disappointing, times was when we had to sell some of our produce to buy other necessities of life. On such occasions my father would load our wagon with some wheat, vegetables, and hides which he sold at the nearest trading station some three days journey away. We children would all assist with herding along any animals to be sold at the trading station. On arrival, there would be so many things to see and observe - so many different people living in the area, some with automobiles and trucks, some with fancy furniture, others again poorer than we were. We met many strangers and sometimes played with the neighbourhood kids - white and black and coloured. These were exciting and sometimes awkward times because beginning a conversation with a stranger of colour often proved to be something of an ordeal. My elder sisters and brothers always guided me about whom I should befriend - of whom I should be aware, or to be aloof, or to avoid if possible. They gently, if perhaps unconvincingly, persuaded me not to fraternize too intimately with either white or black children. These feelings of uncertainty were engrained in my family out of fear of being both disrespected and being accused of disrespect. These were painful and disappointing times. On a young mind such incidents leave an indelible imprint. These were my first realizations of "separateness" or apartheid as it was called in South Africa. When I started school, I had to go a separate school for Coloureds, a separate church for Coloureds, a separate everything for Coloureds. It dawned upon me that we Coloureds were despised by both black and white. The implications of our "separateness" became an obsession and a determination, inexplicable in words, took hold of me: to do everything in my power to eradicate and correct this extraordinary, abhorrent and unjust situation. This, of course, proved to be much easier said than done. My father lost his farm as a result of the apartheid system. [...]

This is an excerpt from Short stories about South Africa and travels abroad with An Occasion in Traditional Life, by Paul J. J. Smith.