No Cross Marks the Spot: The Story of Holloway Helmore 1815 to 1860 Missionary in Southern Africa, by Stella Kilby. 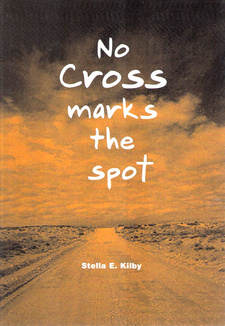 No Cross Marks the Spot: The Story of Holloway Helmore 1815 to 1860 Missionary in Southern Africa by Stella Kilby is a story of incredible courage, faith and endurance as they survive a long, hazardous journey across the Kalahari Desert, only to face death at the end.

"My mind has for a considerable time been drawn involuntarily towards Africa, and lately in consequence of my conversation with Dr Philip, been fixed upon that field of labour." Holloway Helmore wrote this even before he had completed his theological studies. It was his response to a letter he had received from the Reverend John Arundel, the home secretary of the London Missionary Society, instructing him to take up a post in Samoa, then known as the Navigator's Islands. Africa had beckoned to Holloway. Having been born and brought up in the early part of the nineteenth century, at a time when missionary activity was expanding rapidly, he was only one of thousands who left the shores of their homeland to travel to remote corners of the British empire, filled with fervour to bring the light of Christianity to the heathen. Hundreds of these dedicated men, their wives and families, gave their lives for their cause. In this Holloway and his wife, Anne, were not unique, but the circumstances leading to their last fateful assignment and its tragic consequences was then, and still is, an extraordinary story. At the time, The Times called it "an enterprise which we should think and hope must be almost unparalleled, and which only wanted the single quality of success to make it miraculous." Holloway was born on December 14th 1815, just six months after the Battle of Waterloo, the third son of a dissenting, or non-conformist minister. His father, Thomas Helmore, had been born at Titchfield, near Portsmouth in 1783, where he and his brothers and sister were baptised into the Anglican faith. The family subsequently moved to West Cowes on the Isle of Wight and as Thomas grew into a young man, he came under the influence of a local preacher from a nearby small Independent Meeting House. He was eventually admitted to Dr Bogue's Academy at Gosport, where he trained for the ministry; this same Dr Bogue was one of the founders of the London Missionary Society. One evening, Thomas and some fellow students were asked to go to Warblington, near Portsmouth, to assist a young lady preacher whose popularity was growing so fast that a special meeting house had been erected for her. Thomas fell in love with this pious and lovely lady, Olive Holloway, the daughter of Joseph Holloway, a captain in the Royal Navy. Soon after Thomas's ordination in 1810, they were married in the old Saxon church at Warblington, where generations of Olive's family had worshipped and lay buried. The young couple were sent to the Baxter Independent Chapel in Kidderminster, Worcestershire, where they lived for the next nine years. Holloway and his two older brothers, Thomas and Porter, were born in this growing industrial town in the West Midlands. When Holloway was three years old, the family moved to Stratford-upon-Avon, where his father had been appointed to the Rother Street Independent Chapel. Here Thomas Helmore ministered to a thriving congregation until his death in 1845. Two further children were born to the couple, Frederick in 1819, and Emily, Holloway's only surviving sister, in 1822. Olive Helmore spent many hours visiting the poor and sick in Stratford itself, and in the many small villages and hamlets dotting the surrounding countryside. [...]

This is an excerpt from No Cross Marks the Spot: The Story of Holloway Helmore 1815 to 1860 Missionary in Southern Africa, by Stella Kilby.

No Cross Marks the Spot

No Cross Marks the Spot: The story of the Makololo Mission is one of the most tragic episodes in the annals of missionary history in Southern Africa.