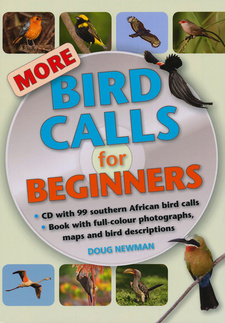 Birds communicate with one another in many ways, for example by means of their behaviour, changes in their plumage and, of course, via songs and sounds. Listening attentively to the array of bird calls that surrounds us is rewarding in itself, and is often a helpful aid to identification. In addition, because songs have a structure and social meaning, they can also provide indispensable insights into bird behaviour. Bird Calls for Beginners introduced the idea of listening to birdsong and using calls to help identify some of the more common birds. Perhaps you have begun to notice other calls and wondered about the birds making them. The aim of this second volume is to expand the range of bird sounds you can recognise. You will find that calls can be most helpful in locating birds in dense habitats and in distinguishing species that appear very similar. Try not to get frustrated if it seems tricky at first - it can take several years to become really skilled at identifying birds by ear. The 99 species in this book include birds that you are likely to see, because they're broadly distributed and common. Some have interesting calls, such as the African Snipe; others are more often heard than seen, like the Black Cuckoo. There are also a few well-known birds described here, like the Martial Eagle, which do not call often, but are worth knowing about because they add to our understanding and appreciation of southern Africa's diverse bird life. A few species have been included that are difficult to identify when they are silent. In these instances, the sounds they make can help greatly with identification. Good examples are the Shikra (Track 9) and the African Goshawk (Track 10). These birds look very much alike, particularly to beginners, and their ranges also overlap in places. Similarly, the pipits are a group of LBJs - 'little brown jobs' - that are extremely challenging to distinguish from one another. In these cases, call is invaluable as an identification tool. To many bird watchers the African Pipit looks much like any other pipit, but listen to its call (Track 76) and you should be able to identify it easily when it displays during the breeding season. (...)

This is an excerpt from the book and CD: More Bird Calls for Beginners, by Doug Newman.