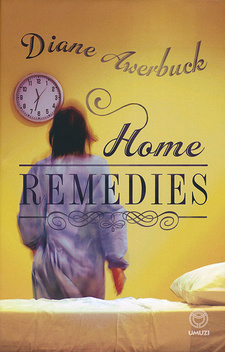 Diane Awerbuck's Home Remedies introduces to a South Africa the international reader has not yet seen: the wood of smallness and ordinariness and quirkiness of everyday life hidden behind the trees of politics. This collection is worthy of standing alongside the masters of the short-story genre, and is deserving of international acclaim.

Her key still worked, which meant that Viola hadn't got around to changing the locks yet. Good. Panting, Joanna struggled to turn the fractured spokes of her umbrella right side out again, but the thing was useless. She shook the broken wings in rage and disgust and leaned hard against the door to The Fish Hoek Valley Museum of Natural History. "Welcome to the Crypt," she told herself. She threw the umbrella in the corner. "Don't forget that on the way out again, Jo-Jo." She inhaled, smoothing her hair down against the rain that hammered away behind her, furious, on the wood. God, she was going to miss this smell! The dusty warmth of the exhibition rooms reminded her of a movie theatre - the old, shabby one she had visited as a child in Kimberley, before the Ster-Kinekor Kiddies Club had taken over Saturday mornings and it was all laminated yellow membership cards and no-drinks-allowed and the big boys muscling her off the steps. But it was too late for regret. You should have thought of that before you told Viola she was a lunatic, said Doctor Renfield smugly. "The truth hurts," Joanna agreed. And she was suddenly hungry again, even as she felt her lungs struggling under their layers: muscle, fat, skin, cloth. She gave the roll at her side a spiteful pinch and her coat pulled tight under the arms. The fat wasn't going away. She looked like Humpty Dumpty and she smelled like a damp dog. Why had she worn these jeans? Joanna sighed and gathered herself. She had to speed things up. She felt for the main switch and threw the lights on in the tiny marbled foyer with its concession window. She made her way to the room on the right, marked in her most careful calligraphy: our famous past. Fish Hoek Man lay where he always did, in his climate-controlled casket, his skull dense black glass, Darth Vader, the Rock of Ages. The thought of kissing that face with its lipless grimace made Joanna shiver. "Maybe later, Fish Boy," she told the skull as she tapped his glass. "You'll have to buy me a drink first." More light! Joanna flicked a brass toggle. This place would give you the grils if you let it. She was sleeping badly again as it was - on her last nerve, as her mother used to say - and no bloody wonder. She would find a cardboard box in the storeroom, but she would have to sneak her things back into the house when Jan was away. How was she going to break the news to him? God, he was going to be so angry with her, losing her first real job since James was born! She squeezed her bulk in among the boxes. The storeroom was filthy. The Museum was on a go-slow now that everything was changing, and cleaning was the last thing on the list. Depression bred entropy, or was it the other way round? Joanna hoped that she wasn't getting dust in her hair. Dust, or worse. Saartjie's packing case still stood against the storeroom wall, a sarcophagus flimsy as a prop. Inside it her skeleton was debossed in the foam, expertly cut by the French transporters around the shape of each bone. [...]

This is an excerpt from: Home Remedies, by Diane Awerbuck.

Brutal, beautifully crafted, Home Remedies is a collection which lingers long after one has finished reading.

Cabin Fever is a collection of thrilling South African short stories, of wich 'Phospherescence' was shortlisted for the 2014 Caine Prize for African Writing.

The urban fantasy Apocalypse Now Now is a journey down the rabbit hole into a side of South Africa that you wouldn’t know existed.

The story of an African farm is Olive Schreiner's famous autobiographical novel takes place in the remote Karoo at the end of the 19th century.

In The Loss Library, Ivan Vladislavić examines lost fictions, stories that go missing or are never completed. A meditation on creativity, mortality and the allure of the incomplete.

Interlude in Switzerland: The Story of the South African Refugee-soldiers in the Alps During the Second World War.