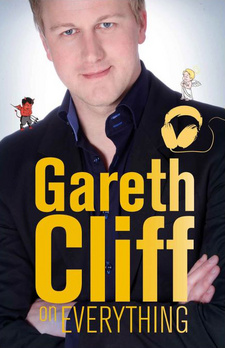 In Gareth Cliff on Everything, Gareth throws caution to the wind and writes about all those subjects that make him glad, sad or simply mad.

Wow, you're very opinionated!, she said in a disgusted tone, walking away in a hurry in case I gave her one more. I don't know why, but some people think it a very bad thing to have an opinion about anything. Blend in, don't make too much noise, just be happy with what you know and do. That seems to be their motto. I couldn't do that. The woman in question was a conservative, middle-aged mother of two who probably worked for a bank, was out of love with her husband, watched a lot of TV soap operas and drove, at best, a Volvo. People like that consider people with opinions dangerous for the common good. But that's just my opinion. From the bold to the beautiful: I met a really pretty girl in 2004. She was sexy, vivacious, educated and talented, and even had a great sense of humour. Everything seemed to be just about perfect. The only problem was that she had no opinion on anything. She didn't think abortion was right, or wrong. She didn't know or care whether there was global warming. She didn't want to talk politics, religion, race, culture or news (you know, all the good stuff). In a situation like this, you can't really have a good conversation; she never said what she thought or how she felt. She could only really talk about herself or laugh at me. It was a pity because I might have fathered some offspring with her. Did I mention that she really was very pretty? I suppose you might think me petty for making a big deal about something like opinions, but it's actually a really big reason that I will either get on with you or not. Imagine how difficult it would be to have friends of a different race and another friend who's a racist. Things would get complicated because the racist holds an unacceptable opinion. You see, it is a big deal. If you really believe it's important to be free (and I assume you do, since the alternative is slavery or serfdom), then you have to exercise your freedom. What would be the point of having a guitar if you never learnt to play it? Freedom needs to be put to work - you need to keep it fit. The best way to exercise your freedom is to decide how you feel about the things you care about, and let other people know. If you think the government is screwing things up, you need to tell them. If you think being overcharged for bread is wrong, and you never say anything, the people who make and sell the bread will keep taking advantage of you, and ripping you off. Wait a second, that actually did happen. [....]

Gareth Cliff on Everything

In Gareth Cliff on Everything, the author throws caution to the wind and writes about all those subjects that make him glad, sad or simply mad.

Paths to Pubs: A Guide to Hikes and Pints in the Cape Peninsula

Paths to Pubs: A Guide to Hikes and Pints in the Cape Peninsula describes 69 tracks that traverse Table Mountain, the headlands of Cape Point, and the ridges, beaches, forests and coastal villages.

Incorruptible: The story of the murders of Dulcie September, Anton Lubowski and Chris Hani

A rare example of excellent investigative journalism: Incorruptible. The story of the murders of Dulcie September, Anton Lubowski and Chris Hani.