Field Guide to Rocks and Minerals of Southern Africa, by Bruce Cairncross 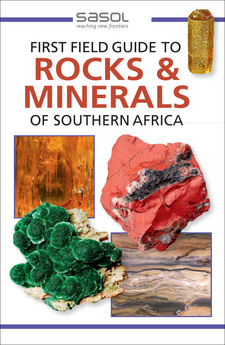 Limestone consists of various carbonate minerals: its main component is calcite, though aragonite, siderite and other carbonate species may also be present. Its primary commercial use is in the manufacture of cement, where it is combined with silica, aluminium and iron oxidesG. It has 4 varieties: calcrete, chalk, travertine and tufa. Calcrete is formed by evaporative deposition of calcium carbonate in the upper layers of soil. Chalk is composed of calcium carbonate skeletons from microorganisms (e.g. phytoplankton). Travertine is a finely crystalline limestone with ring-like growth patterns. Many stalactites and stalagmites are composed of travertine. Tufa is composed of calcium carbonate and makes characteristic rounded or bulbous deposits; it is formed by calcium-rich groundwater. Dolomite is named after the calcium-magnesium mineral from which it is derived. It can form as a result of evaporation of saline water, though many limestones become dolomitised as magnesium-rich saline solutions seep through the limestone, chemically replacing limestone with (secondary) dolomite. Southern Africa hosts extensive limestone and dolomite deposits. Namibia's Otavi Mountainland is a vast reservoir of economically important deposits (e.g. lead, zinc and vanadium). Limestone is mined at several sites in South Africa, including Lime Acres in the Northern Cape, and near Krugersdorp, Gauteng. Oudtshoorn's Cango Caves occur in limestone, whereas the Sudwala, Sterkfontein, Makapansgat and Echo Caves are found in dolomite. Deposits containing travertine and calcrete are found to the east and northeast of Kimberley, and between Johannesburg and Mmabatho. Outcrops can be found in all South Africa's provinces. In Zimbabwe, dolomite is used in the production of agricultural lime, building stone and road aggregate. Zimbabwe's Chinhoyi caves are composed of dolomite and limestone.

Chert: A hard rock, made of extremely fine-grained silica, which may form organically or inorganically. It is typically grey to grey-white or dark grey to black. Specimens with large amounts of iron are known as red jasper. Rocks that are composed of alternating iron-rich and iron-poor layers are known as banded-iron formations. Flint is a brown variety of chert that was often used in ancient tools (e.g. arrowheads). Chert is commonly found in dolomite formations in Namibia, Zimbabwe and South Africa, where it forms layers. In Zimbabwe, it is found in limestones and dolomites from the Lomagundi, Piriwiri and Bulawayo Groups. Banded-iron formations, known as jaspilite, are found in Zimbabwe's Midlands. Jaspilite has red-brown banding, making it an attractive ornamental stone and lapidary material. [...]

This is an excerpt from Field Guide to Rocks and Minerals of Southern Africa, by Bruce Cairncross.

Field Guide to Rocks and Minerals of Southern Africa

First Field Guide to Rocks and Minerals of Southern Africa

This First Field Guide introduces the most important and interesting rocks and minerals of Southern Africa.

From the series Pocket Guide this is Rocks & Minerals of Southern Africa.

This little guides from the series First Field Guide is a good resource for beginners on gemstones of Southern Africa.