Arthur Keppel-Jones. Historian of an South African destiny half foretold, by Noel Garson. 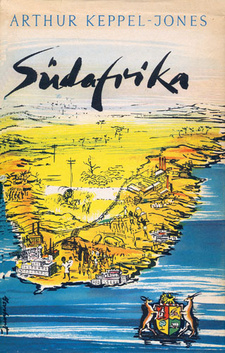 Arthur Keppel-Jones. Historian of an South African destiny half foretold, by Noel Garson.

The contributer of this article, Professor Noel Garson, was the head of the history department at the University of the Witwatersrand, Johannesburg: Historian and Professor Arthur Keppel-Jones, who has died at the age of 87 in Kingson, Ontario, achieved fame as the author of the political prophecy 'When Smuts Goes: A History of South Africa from 1952-2010'.

Arthur Keppel-Jones predicted that the Nationalist's race policies would arouse worldwide ostracism, culminating in economic sanctions and intervention by western powers that were South Africa's former friends. Internally there would be polarisation: Afrikaner nationalists and other white racists would fight to the end to maintain white supremacy, even with economic ruin staring them in the face. The victims of apartheid would have no recourse other than violent revolution to confront this intransigence, he forecast. Arthur Keppel-Jones lived long enough to see his major prophecy unfulfilled. He was mystified by the Nationalists dismantling apartheid themselves and F W de Klerk and Nelson Mandela co-operating to ensure the transition to a new dispensation. A distinguished historian of southern Africa, descended from the 1820 settlers on his mother's side, Arthur Keppel-Jones went to school and completed a BA in Cape Town. He was a Rhodes scholar and taught at the universities of the Witwatersrand and Natal. After emigrating to Canada, he took up an appointment in 1959 as professor of history at Queen's University, where he stayed for the rest of his academic career. He offered his specialised course in the history of South Africa for the last time in 1983. From the mid-20s, Keppel-Jones identified himself with the numerically small group of liberals who consistently opposed J B Hertzog's segregation policy, in particular his bid (which finally succeeded in 1936) to abolish the common roll franchise for Africans in the Cape. In 1938, in association with leading liberals such as the trade unionist W B Ballinger, his wife, Margaret (a former member of the Wits history department), and author Alan Paton, Arthur Keppel-Jones became involved in a series of initiatives aimed at persuading their fellow liberal, J H Hofmeyr, to leave the United Party and found a new liberal party. Hofmeyr declined, saying the time was not ripe, and the initiatives petered out in the wake of the outbreak of World War 2. Although encouraged, at first, by the liberal rhetoric of Smuts's new wartime ministry, Arthur Keppel-Jones was soon disillusioned by the lack of a genuine move away from segregation. He also believed that, He also believed that, despite the United Party's victory in the general election of 1943, Smuts's departure from the political scene would soon be followed by the coming to power of D F Malays nationalists. This party would then implement its policy of apartheid, the right-wing alternative to segregation. The long-term outcome, Keppel-Jones believed, would be disastrous for South Africa. This was the scenario addressed in When Smuts Goes. Revisiting South Africa in 1972, for the first time since emigrating, Arthur Keppel-Jones conceded that some of his predictions had been wrong. Despite the internal and external pressure, white supremacy remained stubbornly in place. The economy proved similarly resilient and surprised him by its capacity to flourish in an apartheid framework. In common with most other observers, he failed to see that change could come in a way other than violent revolution. Although he intended his book as both a prophecy and a warning, Arthur Keppel-Jones did hot seriously believe the white voters, fired by nationalist and racist rhetoric, would mend their ways. When Smuts Goes was followed by a second polemical tract, Friends or Foes? (1950), which carried the message that in the context of South Africa, liberal values could best be safeguarded in a federal constitution. In articles in the journal Forum he continued to advocate the liberal alternative to apartheid. In the 1953 general election he supported the United Party hoping that it could return to power and move away from apartheid. With the Nationalists victorious again, and his gloomy prophecy proved right, and fearing for the future of his young family in a conflict-ridden society, Arthur Keppel-Jones decided to emigrate. Once established in Canada he was active in helping other South African academics to find jobs in Canada. As a Canadian citizen he strongly supported federal unity against the nationalism of Quebec separatists. As a historian, Arthur Keppel-Jones published two important scholarly works. South Africa: a Short History (1949) was an influential synthesis, especially useful as an introduction to the subject and as a student text. Rhodes and Rhodesia: The White Conquest of Zimbabwe, a massive study based on extensive archival research and reaching original conclusions, appeared in 1983. In his university teaching Keppel-Jones displayed many fine qualities. Cultivated and widely read, he was quick and lively in discussion. He could bring the telling detail to mind, conveyed in a manner that was both conspiring and disarming. Many of his former South African students (of whom I am one) remained his close friends over the years. They include Phyllis Lewsen (the biographer of John X Merriman), the late Colin Webb (former deputy vice-chancellor of Natal University), Jack Spence (director of the Royal Institute of International Affairs in London), John Barratt (former director-general of the South African Institute of international Affairs) and Burridge Spies, professor of history at Unisa. Noel Garson
facebooktwitterStand: 05.07.2012
zurück